In 1994 my late wife and I discovered the Georgia Hosta Society. We visited many gardens and nurseries around the state and our interest in hostas soon became  an addiction. The Georgia Hosta Society also hosted the American Hosta Society's national convention in Atlanta, GA. in 1994. W. George Schmid won the Alex J. Summers Distinguished Merit Award at the convention. George wrote "The Genus Hosta" of which I have my signed copy of. He was a true mentor to me when it comes to hostas and many other plants.

In 1995 I decided to set up a growing area on the 2 acre lot in the subdivision where we lived.  The space became overcrowded and we needed more growing area; that's when we moved to a 6 1/2 acre lot and expanded the nursery in 2001.

February of 1998 I created our first web site. We are now on our 4th generation of the website.

At this time we were growing more than hostas: Woody ornamentals including Japanese maples, dogwoods and hydrangea, hardy ferns, heuchera and many other perennials. We used many of these on landscape jobs that we did at the time.

Hostas have always been the main items sold at Pine Forest Gardens. Today we grow primarily only hostas.

I got started growing in a greenhouse in 1974 when I purchased my first home. I've grown a little bit of almost everything over the years. Some of the plants grown in the beginning were fuchsias and ferns. I loved to put them in moss lined baskets.

Another phase of my growing was succulents and cacti which I still have many of in my heated greenhouse today.

I started Pine Forest Gardens because of my passion for plants. I first started gardening at the end of my apartment complex, and in 1974 I was able to build my first greenhouse.

Eventually, I became an avid collector and grower of hostas. I love their unique beauty, from tiny variegated minis to big blue giants. There’s so much variation; I could never pick a single favorite hosta!

I knew I wanted to share these plants with other collectors. So in 1995, I opened Pine Forest Gardens in Tyrone, Georgia.

Located just outside of Atlanta, this is an area where I have deep roots. I grew up in Atlanta, and my daughter also owns a small Atlanta business.

While I love the area, I also wanted to reach collectors beyond Georgia. I began carefully packing and shipping hostas across the United States to folks looking for unique, quality plants.

Each year, I carefully select stunning, vigorous hosta varieties to add to the Pine Forest Gardens collection. I stand behind and take pride in my hostas.

I provide the optimum growing environment, stressing clean growing conditions and pest prevention. I guarantee that our hosta plants are healthy, alive, and true to name at the time of shipping. 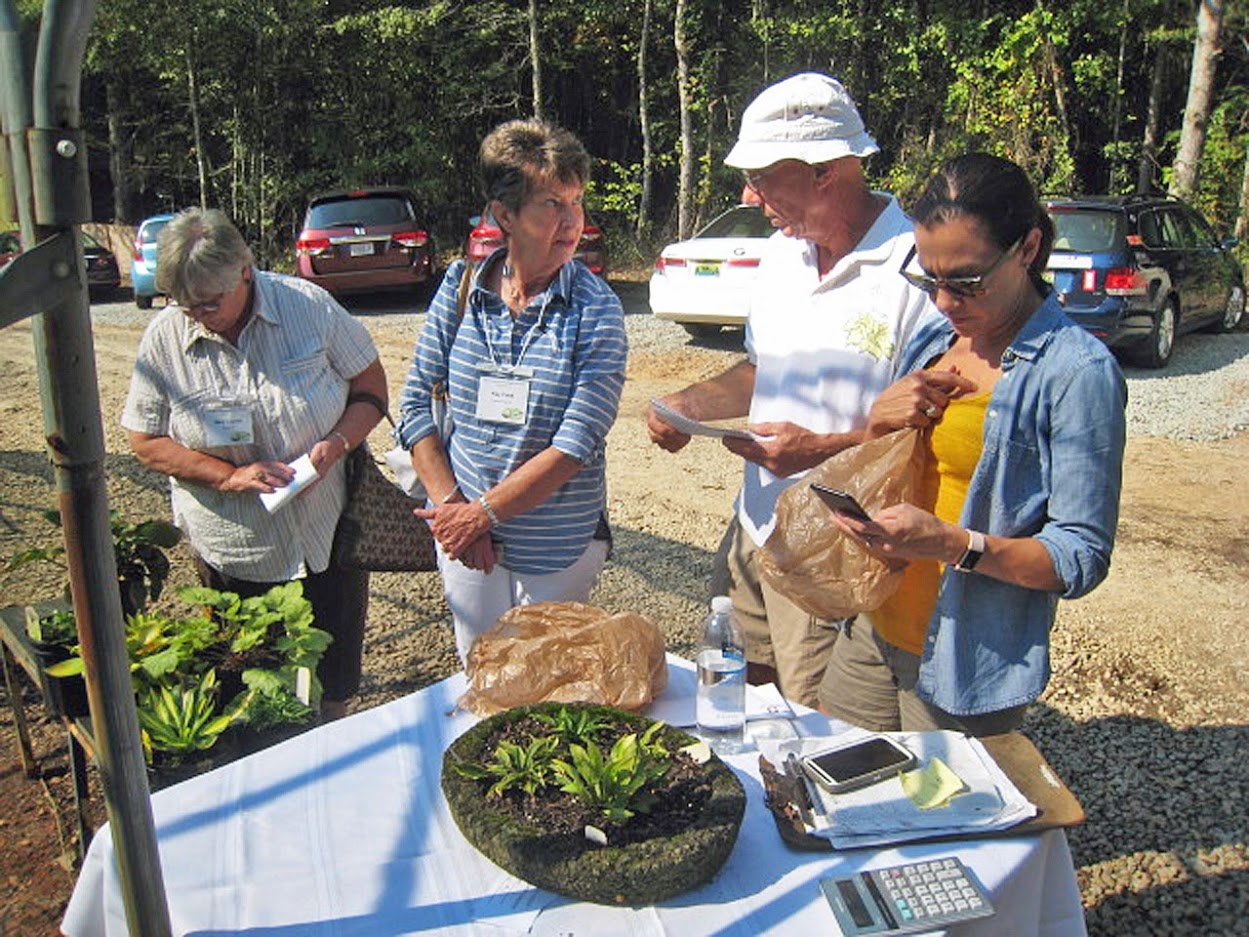 Visitors at the Dixie Regional Hosta convention in 2017.

Your cart is empty.